Similar if not identical to Lawry’s Seasoned Salt.

Use as your taste dictates.

The slow cooker is your secret weapon for the easiest, richest hot cocoa for a crowd.

Directions
Combine all ingredients except marshmallows in a slow cooker. Stir to combine.

Cook until everything is melted, stirring occasionally, 2 hours on Low.

10 minutes before serving, add marshmallows and let them melt a bit. Garnish with more mini marshmallows, if desired.

Note, if you are serving this at a party, I encourage you to double up the recipe. It’s that good!

This one is from the @chefandthef archives, a showstopper for Thanksgiving

from Chef Vivian Howard of the Chef & the Farmer, Kinston, NC

Preheat your oven to 325 degrees. Remove the giblets from your turkey and rinse both the inside as well as the outside of the bird. Pat your turkey dry and season his skin and cavity thoroughly with salt and pepper.

Stuff the cavity with the rosemary, thyme, and halved orange. Place the turkey in a roasting pan and slide him into the oven.

Melt the butter along with the halved lemon in a small saucepan. After about 30 minutes of roasting, dip the cheesecloth into the lemon butter and lay it over the top of the turkey breast. Repeat this every thirty minutes (remove, dip in lemon butter, and replace) for the duration of the cooking time. The turkey is done when the juices run clear between the leg and the thigh, between 2½–3½ hours.

Remove the turkey from the oven and allow him to rest for 20 minutes before carving.

In a medium saucepan, sweat the red onion in the butter. Cook until onions are soft and translucent. Add the nutmeg, black pepper, and vinegar. Bring this to a boil and add the syrup and honey. Simmer until it’s reduced by half. Serve warm. 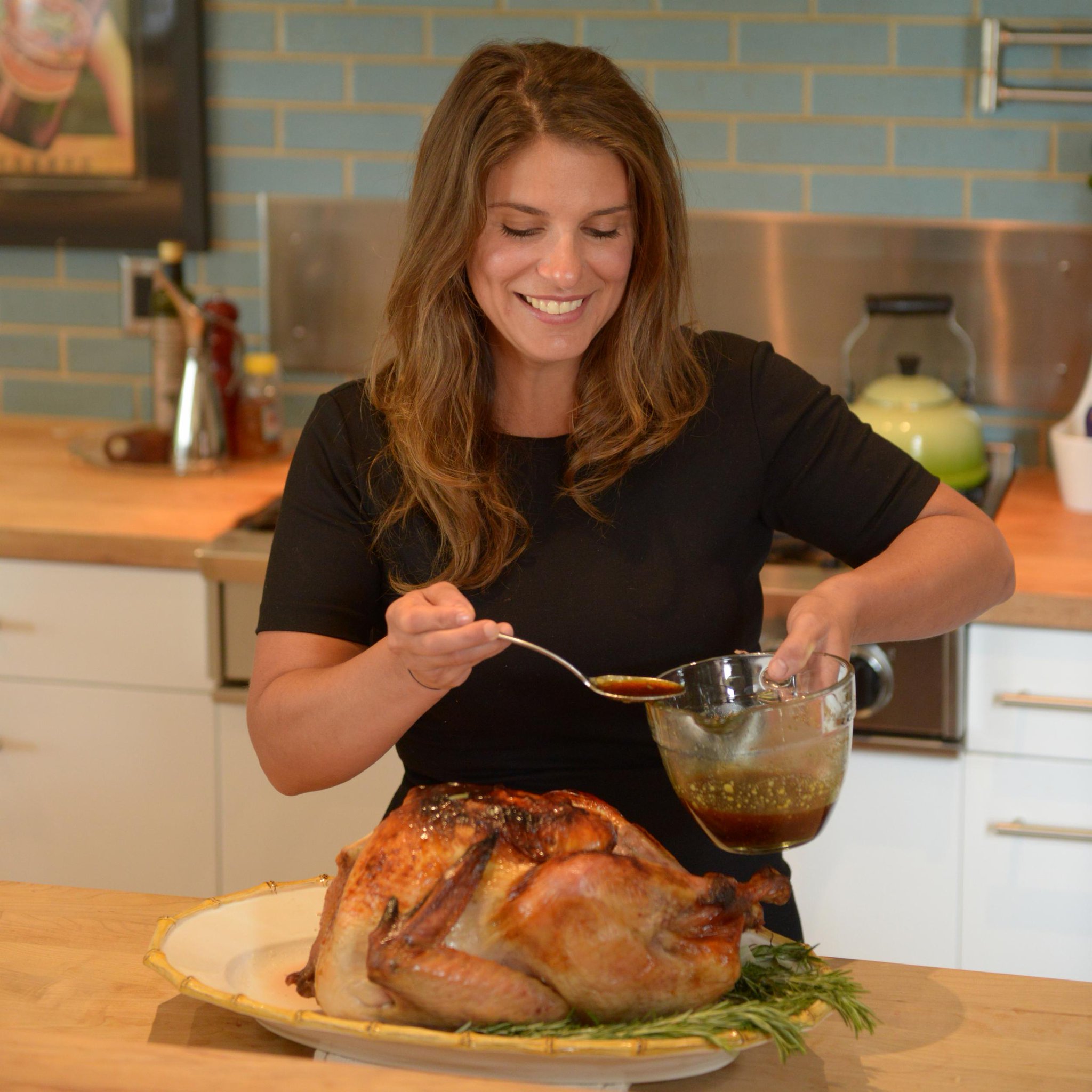 This is a new favorite of mine.

If you are looking for something new and different for your meal, give this a try. 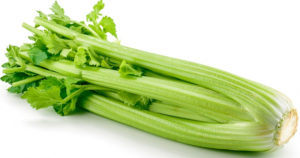 Boil the celery in enough water to cover until tender; drain.

Melt the butter over medium heat; stir in the flour and slowly add the milk to make a cream sauce, stirring until thick and smooth.

Add the salt and well-drained celery.

Spoon into the prepared casserole, top with pecans, and cover with buttered bread crumbs.

I served these at my family Thanksgiving in 2017. They were a hit!

Instructions
In a large, deep skillet, bring 1 inch of water to a boil.

I am beating my deadline for a Thanksgiving Day Feast!

So here are some dishes that make up a great dinner.

Note, I usually add a couple of vegetable dishes as well as rolls to my dinner. Whole kernel corn, and others.

This is the traditional holiday pumpkin pie. This classic recipe has been on Libby’s Pumpkin labels since 1950. This pie is easy to prepare and even easier to enjoy. Just mix, pour, bake for a delicious homemade tradition.

Bake in preheated 425° F oven for 15 minutes. Reduce temperature to 350° F; bake for 40 to 50 minutes or until knife inserted near center comes out clean. Cool on wire rack for 2 hours. Serve immediately or refrigerate.

Top with whipped cream before serving.

Directions
When your turkey goes into the oven, start the broth: Melt the butter in a large saucepan over medium-low heat. Add the onion and turkey neck and giblets; cook, stirring, until the giblets are browned, about 15 minutes. Add the chicken broth, herb sprigs and bay leaf; cover and simmer while the turkey roasts, about 2 hours. Strain the broth and keep warm; reserve the neck and giblets, if desired.

When your turkey is done, transfer it to a cutting board and pour all the pan drippings into a degreasing cup. Add 1/2 cup of the prepared broth to the roasting pan and scrape up the browned bits with a wooden spoon. (If the bits are stuck, put the pan over a low burner to loosen them.) Add the bits and liquid to the degreasing cup.

Let the fat rise to the top of the degreasing cup, then spoon off 1/2 cup fat and transfer to a large saucepan over medium heat. Make a roux: Sprinkle the flour into the pan and cook, stirring constantly with a wooden spoon, until the flour browns slightly, about 4 minutes.

Gradually add the hot broth to the roux, whisking constantly to prevent lumps. Bring to a boil, then reduce the heat to medium low. Pour the dark roasting juices from the degreasing cup into the gravy, discarding any remaining fat. If desired, chop the giblets and shred the neck meat; add to the gravy. Simmer, whisking occasionally, until the gravy thickens, about 10 minutes. Add the Worcestershire sauce and season with salt and pepper. Stir in the flavored butter, if desired.

The Golden Formula: (for 8 cups of gravy) 1/2 cup fat Use the oil that separates from your turkey drippings. If you don’t have enough, add butter. 1/2 cup flour Cook the flour with the fat to make a roux for thickening the gravy. For a darker gravy, cook the roux longer. (Note: Darker roux has less thickening power.) 8 cups broth Upgrade store-bought broth by simmering it with a sliced onion, a bay leaf, a few sprigs of thyme, parsley and/or sage, and the turkey giblets for about 2 hours. Quick Fixes: Too Thick? Add a splash of water, broth, brandy or bourbon. Too Thin? Mix equal parts flour and soft butter; whisk into boiling gravy. Too Lumpy? Strain the gravy through a fine-mesh sieve.

Cranberry sauce is somewhat an acquired taste. I get that.

But homemade cranberry sauce is so much better, I am thinking you will like it.

The recipe calls for a cup of water. You can easily substitute that with 1/2 cup of orange juice 1/2 cup of water if you want to increase the orange note in the sauce.

You can also reduce the sugar if you want. Start out with half as much and add more if you think it needs it. If you use less sugar, reduce the amount of water you add as well.

Directions
Rinse cranberries: Place the cranberries in a colander and rinse them. Pick out and discard any damaged or bruised cranberries.

Boil water with sugar: Put the water and sugar in a medium saucepan on high heat and bring to a boil. Stir to dissolve the sugar.

Stir in mix-ins if using: Once the cranberries have burst you can leave the cranberry sauce as is, or dress it up with other ingredients. We like to mix in a half a cup of chopped pecans a pinch or two of orange zest.

Some people like adding raisins or currants, or even blueberries for added sweetness. You can also add holiday spices such as cinnamon, nutmeg, or allspice. If adding spices, start with a pinch of each and add more to your taste.

Let cool: Remove the pot from heat. Let cool completely at room temperature, then transfer to a bowl to chill in the refrigerator. Note that the cranberry sauce will continue to thicken as it cools.

Dress Up That Dressing

Directions
Heat the oven to 350°F.

Heat the butter in a 3-quart saucepan over medium heat. Add the celery and onion and cook for 5 minutes or until tender-crisp, stirring occasionally.

Bake for 30 minutes or until the stuffing mixture is hot.